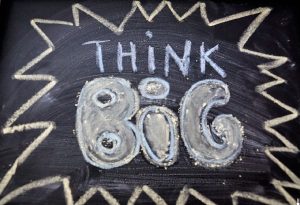 Each time we commence the search in identifying unclaimed money, there is the inevitable anticipation of uncovering large amounts of forgotten money for individuals and organisations. In the broad News there have been numerous media reports of lost millions recovered.  Or the person on their last dollar who discovers, by a random call of goodwill, that they have hundreds of thousands of unclaimed lost dollars. These are what we call examples of “Bigs”!  At Big Days we love “Big” lost money stories and these examples always exhale anticipation with any expectant fossicking.  But take a deep breath. The majority of lost and unclaimed money we identify is what we call “Smalls”.

The Search for Lost Money is a Fossicking Exercise

We really never know when we start a Lost or Unclaimed Money search what we are going to find. Many a time we’ve asked expectant Big Days unclaimed money recipients what would bring a smile to their day. It’s always refreshing when they respond things:
– ” ït’s the start of the week I’d get a surprise from anything you found”;
– “well, it would be nice to be able to buy a bottle of wine”;
– “$100 would bring a big smile to us”;
– “to be honest anything would help, we are doing it hard”.

“Smalls” can be anything from $0.01 upwards and to whatever you might think is a Small amount of money. It’s all absolutely relative to every single case and the circumstances of the recipient. And yes you read right, a minimum of one cent is held in trust by the Federal and some of the State registries of Lost and Unclaimed Money. Some like the State of Victoria define the minimum item at $20.

The notion of “Bigs” is also directly relative to an individual or organisations circumstances. Even hundreds of dollars can help enormously!
Here’s a few example replies:
– “Wow, thank you, we will be smiling all week”;
– “that’s amazing and makes a real difference”.

It’s Important to Re-Connect with All Lost Money

Recently we had an individual tell us that $25 wasn’t worth the effort. We had another individual that said they wouldn’t waste their time for $40 and not to worry about it. We had another conversation at a large organisation where a representative explained they were unsure who they would get to address the lost money as their hourly rate would quickly dissolve any net re-connection benefit.

Given we hear from some people that $40 would help their lot in life enormously, responses like those immediately above can get a tad frustrating. At Big Days we’d like to Think BIG. All the “Smalls” are very very important. There are so many more “Smalls” than there are “Bigs” in Lost and Unclaimed Money.
Big Days doesn’t charge a fee of ask for a percentage of any claims.

And in that final step of “Contribution” EVERY case (Big or Small) has an important part to play in the Life Cycle.
Outside of cases that come to us or that we see, we engage a significant amount of energy in identifying Lost and Unclaimed money for Volunteer, Non Profit, Service and Charity Organisations.  Finding, Reconnecting and Reuniting these Idle Community Dollars has the absolute potential to help vulnerable people and in turn it also ultimately helps the Australian Economy!

Help Us Help Others

As part of the process of Contributing back, Organisations and Individuals can even suggest to us to look for certain Volunteer, Non Profit, Service and Charity sectors or even direct us to particular locations in the country where help may be needed.   eg. a postcode.  And YES we can even make mention that future particular Cases are supported by XYZ or we can keep any help anonymous.

We hope you can see that the Big Days Lost and Unclaimed Money Life Cycle relies on your help.  Already we have identified a significant amount of Lost Money for Volunteer, Non Profit, Service and Charity Organisations across many sectors of the community and the economy.
Our initial Goal Target is to identify around $100,000 for these important parts of the Australian Economy.

Please Think BIG with Big Days:  Identify Lost Money;  Collect your “Bigs” or “Smalls”; and  Contribute to Helping us Help you,  By doing so you will Help the many Australian Volunteer, Non Profit, Service and Charity Organisations and those less fortunate.

Come on Australia, let’s find lazy idle money and activate it, and let’s help lots of Australian individuals and organisations!